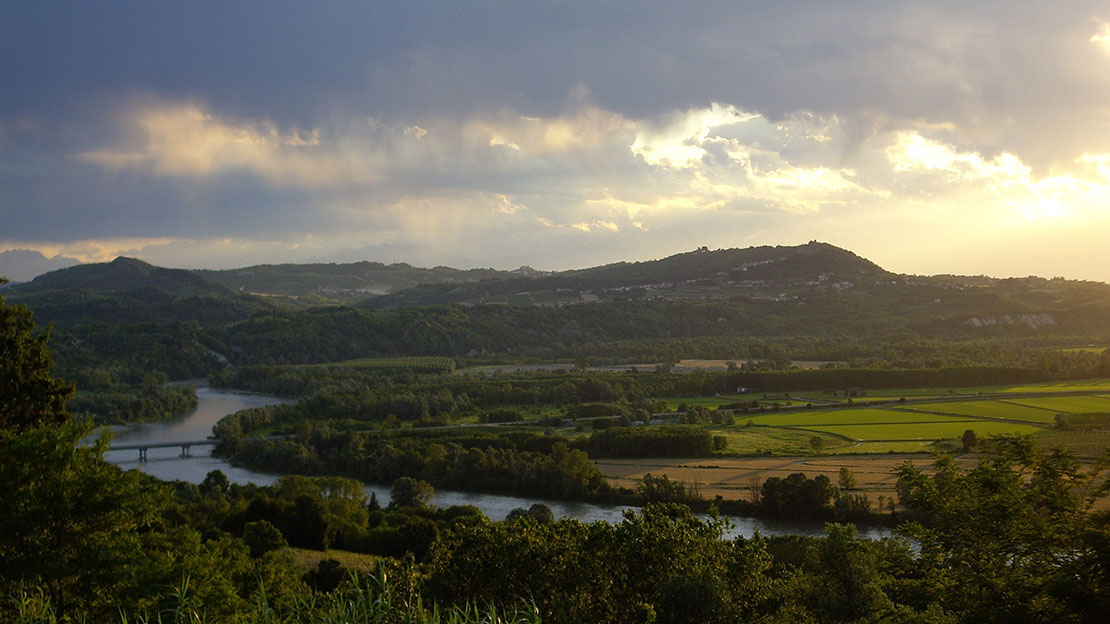 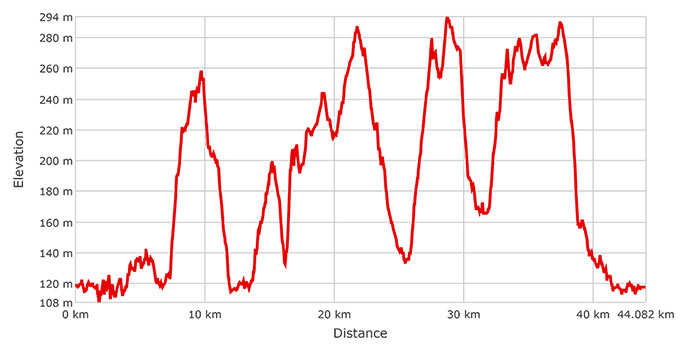 The route covers some of the places where marl was extracted for cement from the second half of the nineteenth century until 1970. The country around Casale is rich in calcarenite stone and has made the town the Italian capital of the binding agents lime and cement. There were many mines in the area, from Coniolo and Ozzano Monferrato to Quarti di Pontestura, Vialarda and Rolasco, all villages around Casale Monferrato, San Giorgio Monferrato and Brusaschetto. In the area you can still see the Pozzoni, the pits, bearing witness to the old mines, along with the poles from the cable cars that carried the marl. The industrial heritage of this cement-making area is protected by the associations Il Cemento, covering seven municipalities around Monferrato Casalese, and OperO, in Ozzano Monferrato. At the folk museum in Coniolo there is an exhibition on 'the town that lived twice', telling the extraordinary story of how the lower part of the settlement dramatically disappeared in 1910, due to reckless underground extraction. Eighty-four buildings were destroyed, the church of Sant'Eusebio and the Fassati castle-cum-villa among them. The village was rebuilt on the hilltop.
Calcarenite stone was also extracted in Monferrato. This marl comes from marine sediment and is one of the most sought-after Miocene stones for producing building material, being extremely malleable and compact. TheEcomuseo della Pietra da Cantoni(eco-museum of calcarenite stone) was set up in Cella Monte to preserve and recognise the value of calcarenite stone and the Monferrato landscape.
Our route begins in Casale Monferrato, on Largo dei Minatori, which runs past the furnasetta, a well-preserved industrial archaeological site owned by Buzzi Unicem. It was once a furnace producing hydraulic lime, and dates from the second half of the nineteenth century. The route carries on towards Piazza Castello, where you follow the path to the jetty on the river Po and reach the Kintana trail through the Bosco della Pastrona wood. Leave the woods and cross Canale Lanza, joining the Sentiero del Trenino dei Minatori, a path named after the small steam train that once transported marl from the mines of Coniolo and Vialarda. The present-day path ends at the bridge over the river Sanguinolento. After 600 m, turn right and go around the green fields of Monferrato golf club.
Follow Via dei Minatori, a tarmac road that leads to Coniolo Bricco. In the village you can visit the folk museum's exhibition 'Coniolo, the town that lived twice' (tickets from the council house). Carry on in the direction of the parish church of the Assunta e Sant’Eusebio. Here you find a viewpoint, a scenic terrace looking out over the flat country below. Go down towards the river, crossing Strada Comunale del Porto Vecchio, a gravel road that leads to what was once Coniolo Basso Antico before it was destroyed in the startling collapse of the early twentieth century. Here you can see the remains of the cable car that transported material from Coniolo to Morano Sul Po, as well as some quarries now in disuse. Go up to the village of Zerbi and then on to the SP 7 where, at the side of the road you can see a small train with period carriages. You reach Vialarda, then Quarti, near Pontestura, then Rollini, all places where intense mining took place.
Carry on along the track to Via Piccaluga, around the former astronomical observatory, Cascina Moncia, and turn left in the direction of the farm Il Galletto. From here, the track goes on down to the Biandrà pit, in the woods on your right, then, further downhill, round the Ecola pit. Soon after, you skirt the motocross track at Vialarda. Carry on along the SP 7, turning off in front of Villa Sordi onto the gravel road on your left, towards Rolasco.
Rolasco also features some industrial archaeology, including some poles from the cable car, as well as its bridge. You also find a memorial monument to the miners in the church of Santi Clemente e Barbara. At the two sides of the entrance are two gravestones in the shape of crosses, with engraved the names of 140 miners who died working in the pits.
Leave the monument and go uphill again for about 1 km, until you come to a fork with a sort of totem pole erected by the association Il Cemento, describing the sights you will encounter on this route dedicated to cement. Here you turn right here onto a gravel road, then left onto Strada Fontanola, località Sinaccio, that descends to Ozzano Monferrato. Along this road you find various points of interest linked to cement-making, starting with the Verro tunnel. Then you pass the Cavallera pit, some quarrymen's lodgings, the Unione Cementi Marchino works and, at the end of the street, the Milanese e Azzi works. Further on, on Largo Artigianato, is the Cementi Bergamo company. Via Rivara, in Ozzano, was home to Cementi Giovanni Rossi, which is now in the hands of the local council. The route carries on along Via G. d’Annunzio, then back up the hill to Via Avallano. At the small chapel of the Assunta, turn right on Strada Baldovina. Once you're on Strada Salita Sant’Anna, turn left for Cascina Brezza and continue along the track to Strada Pontestura, then take the SP 7 to the Ronzone neighbourhood of Casale Monferrato. This part of town was home to the cement works. The tour now follows the cycle routes of the Eternot park, arriving in the middle of town. Follow the GPX track past the paraboloide, a building once used for processing and depositing the clinker needed to make cement, then past the new headquarters of Buzzi Unicem, a world leader in cement.
Get back to your starting point, passing Corso Valentino and Via Giovanni Bosco.