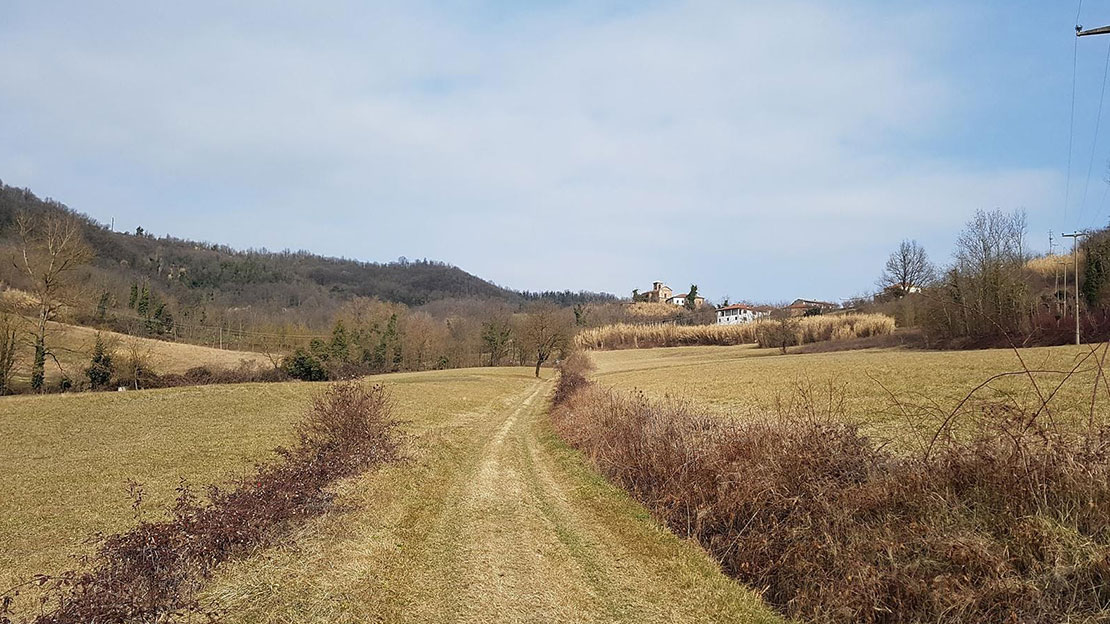 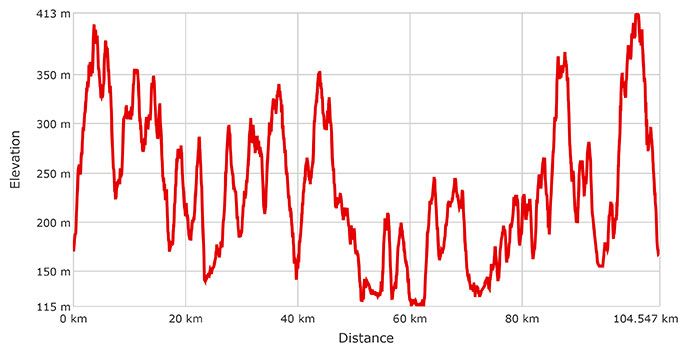 Historical walking tour in 4 stages for walkers or in a single stage for experienced cyclists, with the option of dividing the tour in 2 stages, given the major elevation reached of close to 3000 m.
With the starting and arrival points both in Cerrina Monferrato, in the locality of Valle, the route covers a total of 105 kilometres, circling through 10 towns in the Cerrina valley and passing 8 castles and 35 churches. Mostly on dirt tracks, the route also includes some sections on low-traffic tarmac roads, stretching north to the Ven.To cycle path and south to the historical Superga–Crea trail.
The route passes through the towns of Camino, Cerrina Monferrato, Coniolo, Gabiano, Mombello Monferrato, Moncestino, Odalengo Grande, Pontestura, Solonghello and Villamiroglio. A total of 500 sign posts mark out the entire route. Very soon, serviced rest areas will be created along the route, along with interactive infopoints and a camper parking area.
Now for some details of the route. The first section (approx. 23 km) stretches almost entirely across the woodland and hills marking the left-hand side of the Cerrina valley. The route starts from the hamlet of Valle di Cerrina, from the market square where there is parking, a café-restaurant and a hut distributing water. Start by turning right, direction Casale Monferrato, and then a few metres on turn left in Via Colombaio, heading straight until you reach the path near the end of the road, on which you turn right. The first stretch of the path takes you to Odalengo Grande, a town renowned for its national “Madonnari” festival, bringing together street artists from around the country on the third Sunday of September. From there, continue on to the hamlet of Sant’Antonio, then follow the road up and down to Villamiroglio. Here the landscape has been more decisively shaped by humans, with the hillsides marked by meadows, vineyards and hazelnut orchards. Continuing, the road turns back into the woodland typical of the area, taking you to Vallegioliti (a hamlet belonging to Villamiroglio), then Fravagnano and finally Moncestino. When you reach the flats of Piagera, a town renowned for its fruit and vegetable market, continue in the direction of Gabiano. Here the route skirts the town, taking you into the hills towards Varengo. Continue on through Casaletto, to arrive finally in Gabiano, where the tour takes you through the hamlets surrounding the town. From there, alternating between paths and tarmac roads, the route takes you to Zoalengo, Mincengo and Cantavenna, where it is worth stopping at the view point overlooking the Po river and underlying plains. The route then moves on along paths offering breathtaking views of the Vercelli plains, taking you through the residential area of Rocca delle Donne. Continue along the road to reach the main town, Camino Monferrato, and follow the panoramic route overlooking the Po valley to reach Pontestura. From here, there is no respite for cyclists as the road climbs again, leading you first to Cascine Lunghe, Rollini and Quarti di Pontestura, then Vialarda (a hamlet of Casale Monferrato) and finally Coniolo.

At the end of the 1800s, Coniolo was the site of intensive limestone mining, where the underground tunnels eventually caused part of the town to collapse. The story is told compellingly by the local Ethnographic Museum – “Coniolo, the town that lived twice.” After a visit to the museum (book at the council building), head back onto the road, following the river and then climbing up to the new town centre. The route then takes you back to Pontestura, before climbing up to Rocchetta and continuing on to Solonghello, passing through the hamlet of Fabiano. Here the route takes you into the heart of the Cerrina valley’s wine country, winding its way through the numerous villages that dot the summits of these rolling hills, where you can admire the lands of Morsingo, Zenevreto and Ilengo, marked by the thick woodland that grows on the steep hillsides of this corner of the Cerrina valley. From there, head back down into the valley along the busy SP 590 highway, crossing the hamlet of Garoppi before climbing back up the southern hills of the Cerrina valley. But the “worst” of the climbs has yet to come! After reaching Casalino, continue through the chestnut woods to reach the 100 km point of the tour, marking the high-point at 413 m. From there, the last 5 km are all downhill. From the woods you come out at Piancerreto, then head straight down, back to the starting point of Cerrina, locality Valle.