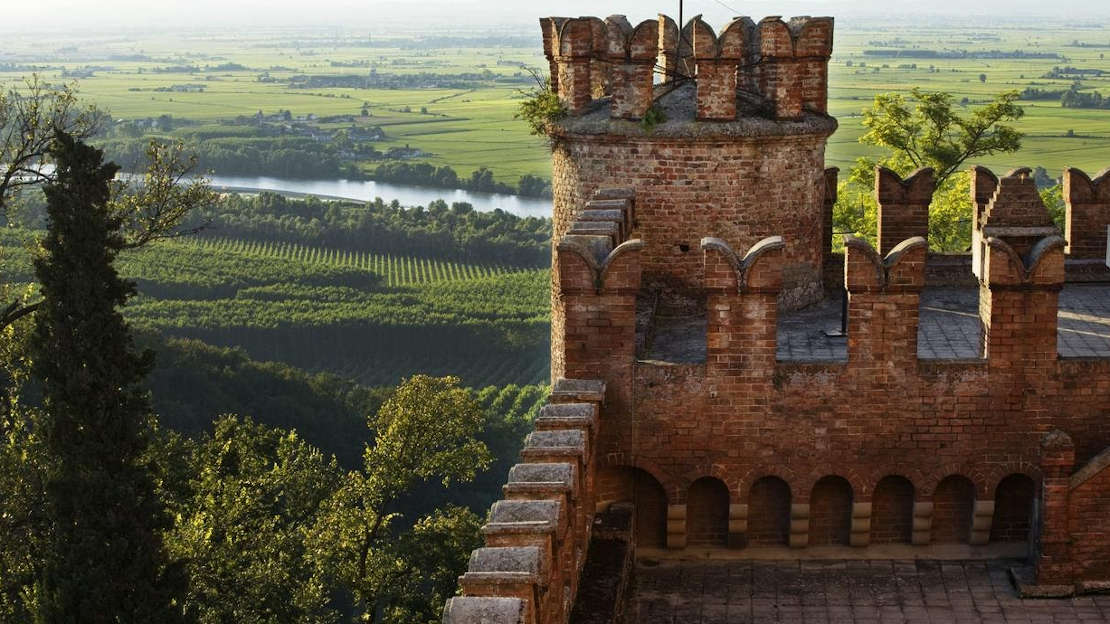 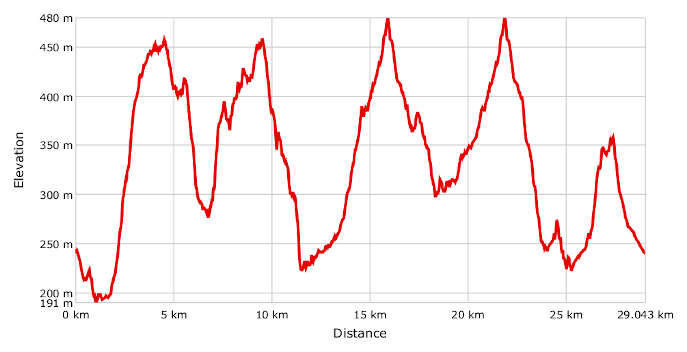 The DOC tour goes through the wine-producing lands of the Cerrina valley, especially the area fringing the Po valley, in the municipalities of Gabiano, Moncestino, Villamiroglio and Camino. The most classic wines in this area are Gabiano and Rubino di Cantavenna DOC.
Gabiano DOC is made by traditional vinification of carefully chosen Barbera grapes, which make up 90–95% of it, with the rest being Freisa and Grignolino grapes. It has a ruby red colour, medium intensity and an elegant, vinous and lightly spicy flavour. Vines are generally grown on fairly steep slopes, vertical-trellised and pruned with the Guyot method.
The denomination covers two municipalities, Gabiano and Moncestino, which lie in an area that used to be inhabited by Celts and Ligurians in ancient times. The other areas were mostly home to barbarians. Legend has it that the name Barbera comes from those barbarians, who may have been the first to grow it. From this cultural and historical melting pot a wine combining two varieties while remaining distinctive was born.
Gabiano DOC has an intense ruby red colour, due to its blend of Barbera grapes, with their more intense colour, and Grignolino grapes, which are a clear garnet red. Barbera, with its high sugar content, provides the alcohol, and lively Grignolino the lightness on the palate.
Rubino di Cantavenna is a Piedmontese DOC wine whose production is permitted in Gabiano, near Alessandria. Its composition is a blend of Barbera (75–80%), Freisa (10–20%) and Grignolino (5%). The hills on which it grows are between 150 m and 250 m above sea level, and the vineyards lie between hazelnut groves, patches of woodland, and fields of alfalfa and cereal crops. A road known as the Monferrato scenic route runs through the area. Cantavenna is a village near Gabiano and the epicentre of production for this wine, halfway between the castles of Gabiano and Camino. Rubino di Cantavenna has a fairly intense ruby red colour, which turns to garnet with time. The main grape in the wine lends it a good acidity. It has aromas of spice and red fruits that become etheric with time.
Our route goes in search of both these fine DOC wines, starting in the village of Gabiano, in Piazza Europa, where you find the council building and a terrace looking out over the surrounding hilly landscape. Head off in the direction of Zoalengo, then turn right for the church of Sant’Aurelio and get onto Via Cavour by a woodland track. Once back on the main road, you get to Cantavenna, the largest village in the municipality and a very scenic spot with a trampoline-cum-view point. After the bend in the road at the cemetery, you come to Piazza Libertà, where you find the winery Cantina del Rubino, where you can stop if you like to taste and buy some wine.
Leave the winery and go downhill on your right, then turn sharply left. The descent is long, at around 3 km, and brings you to Rocca delle Donne, a little village on the Po that takes its name – literally 'rock of the women' – from the promontory it sits on and a historic nunnery. In the seventeenth century this institution was of great importance because some of its members came from local noble families. For a long time the village controlled the ferry over the river below, charging levies. Now it is a sleepy place, with a priceless view over the rice plains and to the Monte Rosa. From here the route goes along Via Monti, up to Isolengo then down to Piazzano. Once out of this village, climb a 1.5 km track to the highest point on the route, Monte Sion, at 363 m, a favourite of bikers and joggers. Leave the rough, wooded area and get into the hills where local wines are made, between the villages of Chioalengo and Varengo di Gabiano. Go through the woods, along paths leading to Villamiroglio, then tracks to Vallegioliti and Fravagnano, near Verrua Savoia.
Carry on along small tarmac roads and tracks to Moncestino, then through woods, hazel groves and vineyards to Piagera, known for its fruit and vegetable market and local products. Leave this last village, which was once a little river port on the Po, and start the final push up to Gabiano. We suggest you visit the winery at Gabiano castle, where for centuries the marquesses Cattaneo Adorno Giustiniani have been producing prestigious local wines, among them Gabiano DOC.