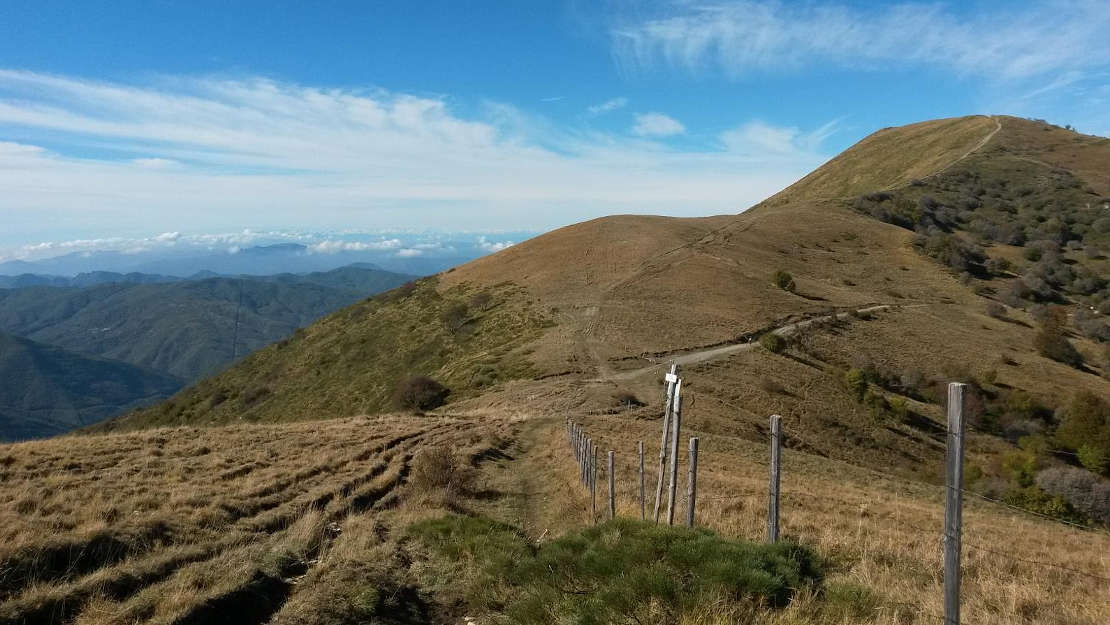 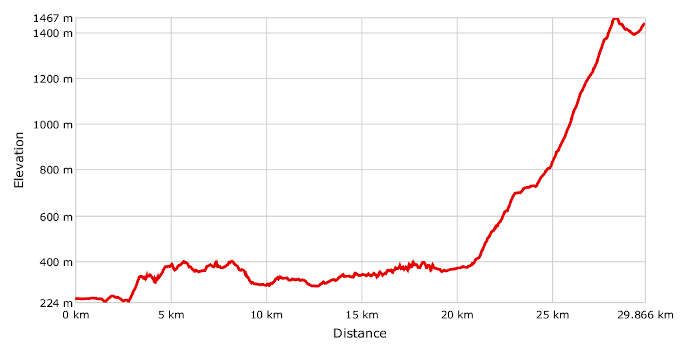 Caldirola was once a famous ski resort and is a great example of how mountain bike tourism can bring visitors to Piedmont’s beautiful slopes.
Climate change has meant less and less snowfall here and put the existing skiing facilities at serious risk. Nevertheless, the resort has proven capable of reinventing itself, focusing specifically on mountain bike tourism and holding a downhill event in 2000.
This resulted in Bike Park Caldirola, open nine or 10 months a year from March to November.
Bike Park Caldirola has a chairlift that starts from Villaggio La Gioia and takes bikers to the top of Monte Gropà. From here there’s a choice of no fewer than 11 different downhill routes of varying difficulty, conceived by adapting existing paths.
The route described here is a mix of roads and mountain trails, dedicated to bikers with good technique and a good level of training. It’s short but very taxing, the last 10 km in particular, all uphill. The views of the Piedmontese Apennines from the roads of Monferrato are breathtaking and worthy of a bike trip. With the exception of about 5 km on the SP 110 and about 2 km to leave Arquata Scrivia, the rest of the route follows little minor roads, trails and mountain carriageways. It is not advisable to take it after heavy rain because the river Spinti may block the way at certain points. In this case, take the SP 140 from Arquata as far as Vairano Inferiore then head towards Castel de' Ratti.
Start from Arquata Scrivia – at the edge of Monferrato – from the railway station in Piazza della Repubblica. The first part of the route is easy. Pass the bridge over the river Scrivia, towards Varinella on Via XXV Aprile then turn left towards the cemetery, your first opportunity to top up with water. At the cemetery follow the sign for the CAI (Club Alpino Italiano) 270 trail, which heads down on the right. When you come to the Spinti stream, which is actually nearly always dry, cross it and continue on the CAI 270 trail, signposted on the other side. The trail heads up through the wood for a while until it meets a wider, more level track. Keep following the CAI signs, always alongside some fencing until you reach the junction with the CAI 275 trail. Follow the 275 along a wooded ridge until you reach and take the turning marked 276 for the village of Castel de' Ratti, where there is another place to get water. With your back to the upland, continue to the right on the tarmac road. Pass the village of Liveto then Cerreto Ratti, which has another water point. When you come out of Cerreto, take the pedestrian and cycle bridge over the river Borbera to enter Persi. This is where the section on the SP (provincial road) begins, leaving the first stretch of the Sentiero dei Ribelli (rebel trail) in the Val Borbera. Come to the Strette di Pertuso. This spectacular river gorge is characterised by stony beaches and clear water. Continue towards Cantalupo Ligure. We advise you to top up with water here because it’s the start of the long climb to Monte Giarolo, the highest point on the route at 1473 m. Follow the CAI 210 trail, reaching La Stalla dei Ciucchi in a few minutes and then a second farmhouse further on. Now head into a wood of sessile oak, punctuated by clearings and with a view of the valley that is already something quite special. The rocky outcrop that bears the Croce degli Alpini (Alpine Cross) is particularly pretty. After the junction for Albera Ligure (trail 211), a constant climb and many signs lead rapidly to the route’s halfway point (4 km).
This is the Vendersi junction (735 m). This point, with its spectacular views, crosses the municipal tarmac road for a short stretch. Set your sights firmly on the peak, as you tackle the most challenging section of the route. The angles on the Costa di Vendersi are quite sizeable, with a 500 m climb in 2 km on this stretch beside the pine wood. The climb offers some brief respite near the junction with the 210A trail (6.5 km travelled). Going left and downhill from here takes you to the charming Rifugio Piani di San Lorenzo lodge. You can also get here by car from Pallavicino.
Beech woods dominate this typical upper-valley area . A pleasant surprise is being able to see the peak of the mountain and its statue of the Redeemer. The great exertion in getting here is rewarded with a panoramic view. After stopping for a photo and a break, there’s a short drop to the last 500 m, which are slightly uphill. This brings you near the high cable car in Caldirola and the Bike Park. After taking the cable car up and choosing from among the many routes down, you can decide whether to go back to Arquata or stay overnight and return the next day. Whichever it is, getting back is a piece of cake, with 1674 m downhill and just 470 m to climb.