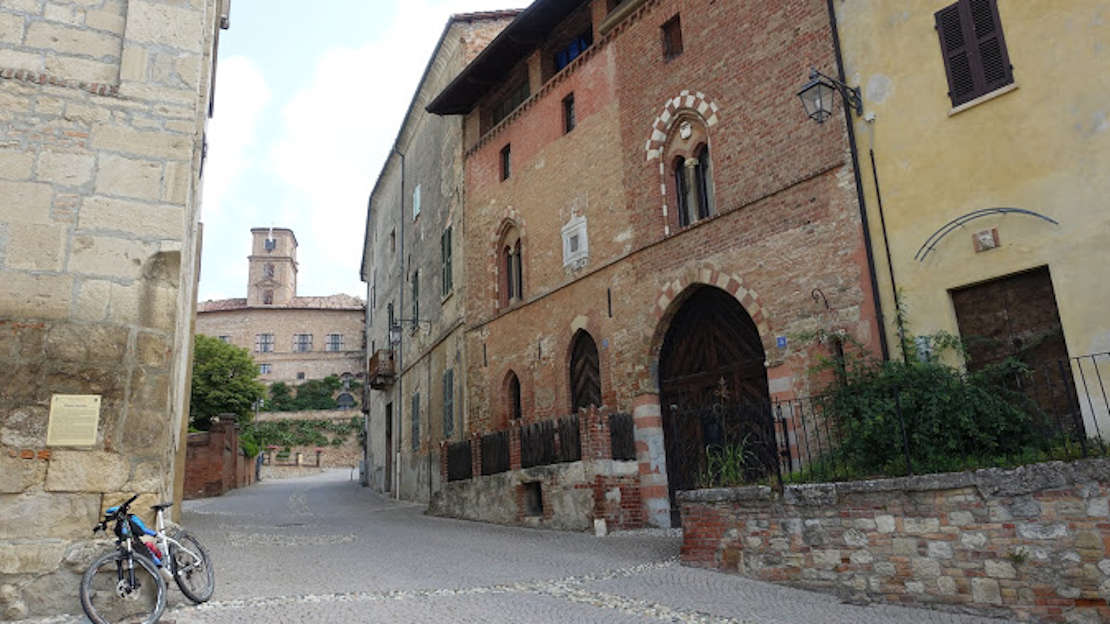 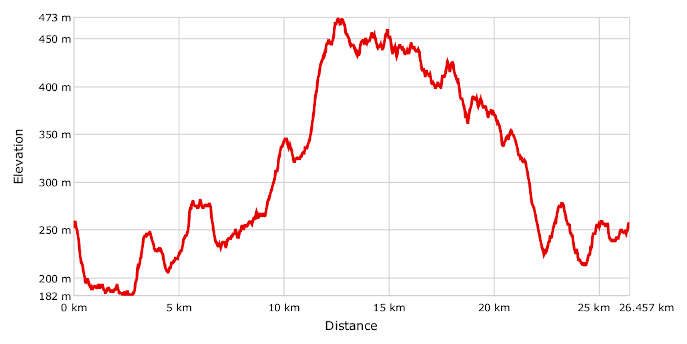 In the medieval age, the village of Montiglio was part of the Marquisate of Monferrato. It has a beautiful castle that dominates the surrounding hills from its imposing position high on a hill. Another reason to stop in the village is its sundials. It boasts the record for the place with the most sundials in Italy, there are more than 50 spread over all its houses. Almost all have been restored and are a testament to how time was measured in days gone by.
Start in Montiglio Monferrato, in the province of Asti, 321 m above sea level in the car park in Piazza Regina Margherita, about 500 m from the castle. You can fill up your water bottle here. Head downhill on the road running alongside the SP 22.
Make sure you turn left when the track begins at the junction, as it's easy to go straight on by mistake. The track leads to the bottom of the Longoria Valley and crosses the SP 80, then goes uphill on the right to Cunico, where it's worth stopping to visit the historic centre of the village and the pretty parish church of Nostra Signora della Valle with its beautiful 17th-century bell tower.
Get back on your bike and go down to the other side of the bottom of the valley, then back up to Cascina Fareto. Once you reach the tarmac, you'll soon arrive in the hamlet of Carboneri of Montiglio. 80 m after the church of Sant’Antonio Abate, turn left onto a downhill side road, which goes from tarmac to grass, where you should be careful. Cross the SP 34 near the chalk quarry at Banengo.
After the quarry, turn off for Vastapaglia a hamlet of Cocconato, which you'll reach after a challenging and tiring climb.
At 491 m above sea level, the beautiful village of Cocconato is the highest point on this route. You shouldn't miss the chance to visit it for its historic centre and 15th-century buildings.
The historical procession of the Palio degli Asini – donkey race – has been held every fourth Sunday in September since 1970.
Cocconato's unusual name derives from 'cum conatu', Latin for 'with effort', evidence of the trouble it took to reach it in the days before cars. It is quite isolated and shines like an island peeking out of the autumn clouds. Thanks to its unusual micro-climate, it is known as the Monferrato Riviera and offers the perfect conditions for growing premium plants like palm trees, olive trees and mimosa.
Once you've had your fill, set off towards Maroero. After about 1 km, you will see the shrine of the Madonna delle Grazie. After Maroero, you'll arrive in a little hamlet called Cocconito Vignaretto. Pass the farm Benefizio di Cocconito, and go left off the tarmac onto Strada Serre. After about 500 m, turn off to visit the votive country church of San Giovanni .
Go back to Strada Serre. After a few ups and downs and a final sharp descent, you'll arrive in Tuffo, a hamlet of Cocconato. Go through it and uphill to the Cocconato Railway Station, then onto the tarmac again. At the sharp bend, take the little road on your left with the sign for Montiglio, which turns from tarmac into a track and leads to the SP 22. For the last stretch of the route, turn right and follow the sign for Rocca, then turn off straight away onto the track on your left, which will bring you right back to where you started from in Montiglio Monferrato.